The story of X-ray discovery and lending a hand 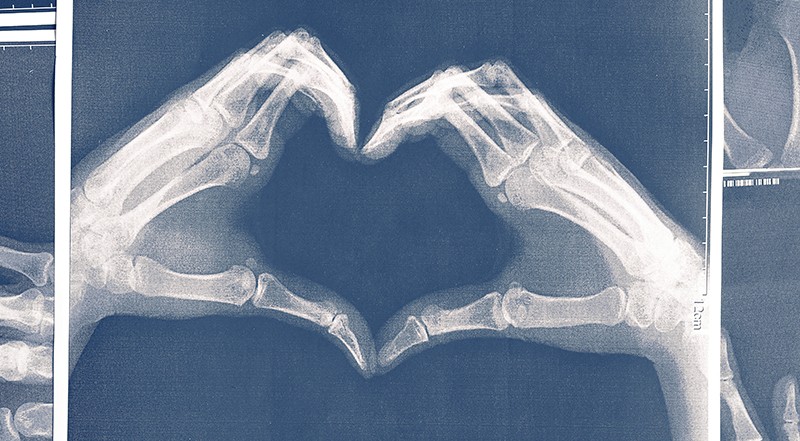 As we build our research, business and life on the legacy of Wilhelm Conrad Röntgen, the father of X-rays, we strive to look forward, towards new challenges. In this quest, looking back is often a rare privilege. Even though our X-ray detector company is committed to detecting the future, we try to draw lessons from the past.

"I didn't think, I investigated." It is said that this is how Wilhelm Conrad Röntgen answered the question about his thoughts on the discovery of X-rays. As much as we, an X-ray detector company, would be tempted to spin X-ray discovery into X-ray detection, Röntgen’s work undoubtedly exceeds a simple observation of a faint fluorescent glow on a barium-platinocyanide-coated cardboard. Arthur Goodspeed observed a similar effect already earlier, but it was Röntgen’s scientific curiosity and systematic approach to experimentation that led to the discovery of a new kind of ray. Even 125 years later, in the times of modern hybrid photon counting detectors that enable high-throughput sample analysis, Röntgen’s work remains inspirational, as it emphasizes the basic premise of science: observing and explaining natural phenomena, even if they occur as weak or seemingly irrelevant signals.

Behind every good inventor is someone willing to lend a hand

In the world driven by carefully planned career paths, the life of Wilhelm Röntgen serves as a good reminder that taking and giving chances can make a difference. Expelled from the Utrecht University, Röntgen got an opportunity to continue his education in Switzerland, at the Federal Polytechnic Institute in Zurich (ETH Zurich) and the University of Zurich. Rumor has it that it was in one of Zurich’s charming cafes where he met Anna Bertha Ludwig, his future wife and someone who literally lent her hand for one of the first experiments with X-rays.

On the shoulders of giants we stand

Many new scientific fields have grown out of the X-ray image of a hand. These powerful rays reveal the invisible in materials, objects and organisms, owing to their father who did not sought financial benefits from his research. Wilhelm Conrad Röntgen never patented X-rays, and he donated his Nobel Prize award to his university.

It is his discovery that underpins many scientific methods used today to help humanity fight diseases like COVID-19, to assure our security, and to investigate our cultural heritage. This story of William Conrad Röntgen is about lending a hand, something increasingly important in these difficult times.

Let us know if we can lend you our hand to support your experiment.