From a wave-particle discussion to crystallography

Wilhelm Röntgen named the new kind of detected rays “X” for the “sake of brevity”, but “X” kept its role of an unknown parameter long after 1895. While the imaging properties of the new rays created lots of excitement in the scientific community relatively quickly, it was not clear whether their nature was particle-like or wave-like. Valuable evidence of X-rays’ wave-like nature came from experiments in which X-rays were passed through salt crystals and produced X-ray patterns. As these experiments also validated the concept of crystal lattice, von Laue, Knipping, and Friedrich were awarded a Nobel Prize in Physics (1914) for discovering X-ray diffraction by crystals. However, this Nobel trio was not the only group interested in the wave-particle dilemma.

Did you know? Proof of matter’s wave-particle properties was provided in 1929 by the duke Louis de Broglie, and a noble received a Nobel.

During the World War II, Max von Laue’s Nobel Prize gold medal was dissoved in aqua regia. The resulting solution was placed on a shelf in his laboratory at the Niels Bohr Institute. After the war, the gold was precipitated from the solution [9].

Gas and solid states of matter; matters of family

Shortly after Laue’s experiments, Peter Debye showed that the scattered intensity is reduced by a factor that is proportional to the atom displacement. Meanwhile, his contemporary William Lawrence Bragg was still examining the possibility that X-rays were, in fact, particles. In a series of experiments that included different distances between a crystal and a detector, W.L. Bragg noticed changes in X-ray patterns. He concluded that a diffraction pattern is a consequence of X-rays’ being reflected at various angles from atom planes in the crystal: not a result of the diffraction of different wavelengths of the X-ray beam by the crystal lattice, as Laue had proposed. Bragg deduced the formula nλ = 2dsinθ and used it to solve the structure of a zinc blende crystal. In 1915, Bragg, together with his father William Henry Bragg, were awarded a Nobel Prize in Physics, and twenty years later, Debye received the same award.

Did you know? Peter Debye received the award for his investigations into dipole moments and X-ray and electron diffraction… on gases!

From a spectrometer to a diffractometer, and some detectors on the way

While the young Bragg was interested in properties of X-rays and their interactions with matter, his father, William Henry, was busy with practical aspects of the discipline. W.H. Bragg managed to construct the first instrument, which he named “spectrometer”. Shortly thereafter, Peter Debye and Paul Scherrer constructed the first powder X-ray diffractometer. Through a century of technological developments, the field’s instrumentation evolved into modern fourth-generation synchrotron sources, which are equipped with fast X-ray cameras. One Nobel Prize was awarded for these advances in instrumentation: namely, for an X-ray detector. The laureate, Georges Charpak, said that he had “…worked on many detectors; some were very elegant and useless and didn’t have a Nobel Prize, so this one was not the most elegant, but it was useful.” [4] This multi-wire proportional counting detector was developed for high-energy physics, and for some time it was used in X-ray diffraction techniques, including macromolecular crystallography.

Did you know? Dr. Roland Horisberger, one of the developers of hybrid-photon-counting detectors such as PILATUS and MYTHEN, received a Charpak-Ritz award in 2018. 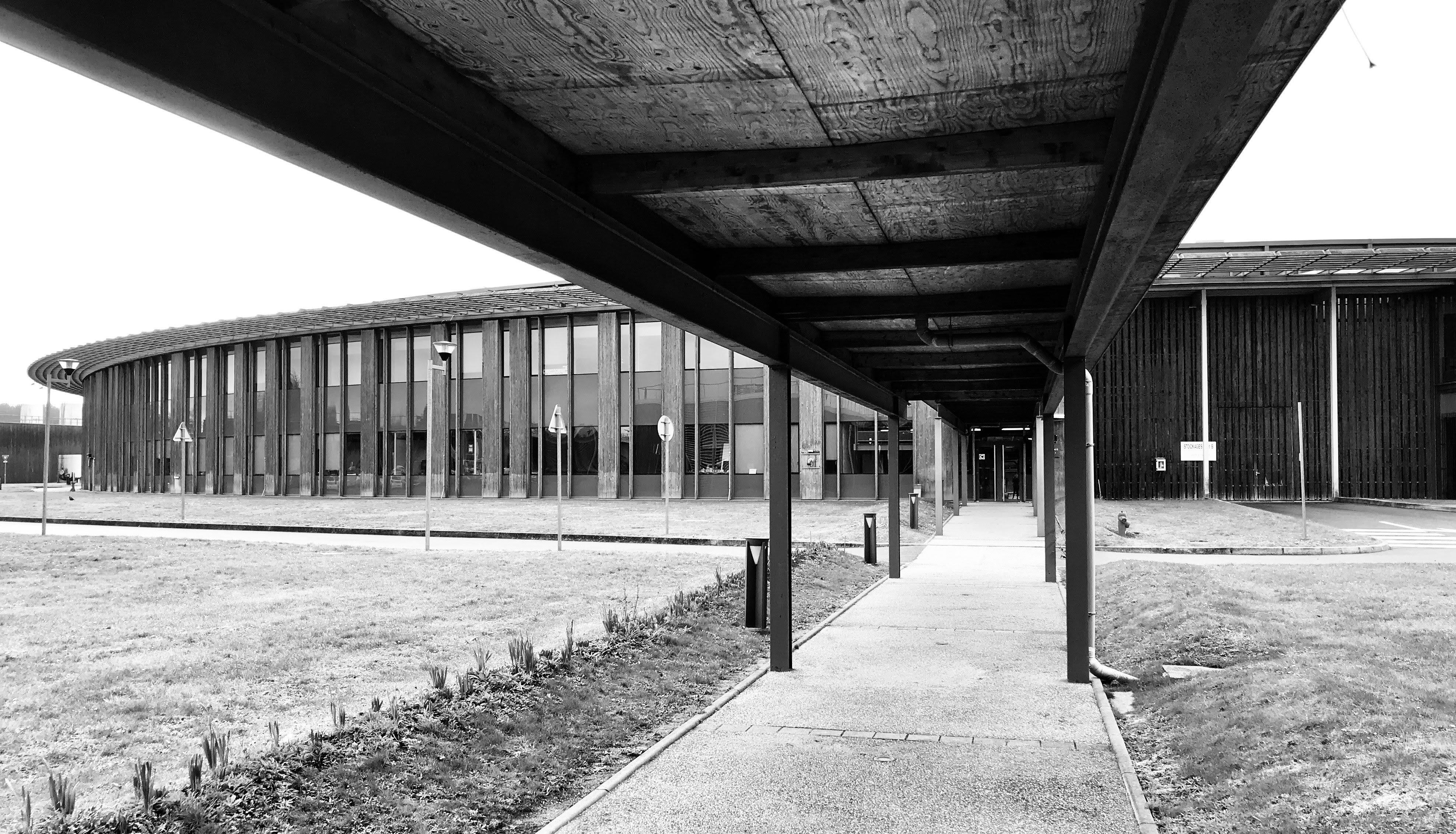 Phase problems: from a phase lottery to direct methods

Early determination of crystal structures mostly relied on an iterative trial-and-error process, in which atoms were placed in the unit cell and then the model was compared to the measured X-ray pattern. However, the lack of computers (and the presence of unreliable intensities) made this tedious approach suitable only for relatively simple crystal structures. The path to automatic crystal structure determination was paved by the contributions of many scientists who developed mathematical concepts, processes, and algorithms. In 1985, two of them, Herbert Hauptman and Jerome Karle, were awarded a Nobel Prize for developing “direct methods” to solve structures directly from X-ray diffraction data: that is, from detected reflection intensities. The method generally exploits constraints or statistical correlations between the phases of different Fourier components that result from the fact that the scattering density must be a positive real number.

Did you know? The direct methods rely on the Sayre equation, a mathematical relationship for calculating probable values for the phases of some diffracted beams. Apart from crystallography, David Sayre also worked on the development of the FORTRAN programming language.

Electrons and neutrons diffract, too

In many respects, X-ray crystallography was doing great; however, another father-son pair soon started a new course of structural science. In the late 19th century, Joseph John Thompson discovered electrons, and in 1937, his son, George Paget Thompson, showed that electrons could be diffracted from crystals. Each was awarded a Nobel Prize in Physics, but that was not the end of Nobels for electrons. Aaron Klug, another laureate, tackled the problem of image reconstruction in electron microscopy (EM). This allowed him to interpret EM data and combine them with XRD patterns to solve structures of biologically important molecules. Last year, Jacques Dubochet, Joachim Frank, and Richard Henderson shared a Nobel Prize for developing cryo-electron microscopy for the high-resolution structure determination of biomolecules in solutions.

However, crystallography is an accepting science, and it did not leave out the third elementary particle. In 1994, Clifford Shull and Bertram Brockhouse won a Nobel Prize for their studies on neutron diffraction. They proved that neutrons that are scattered by atoms change their directions depending on the atoms’ relative positions, which made it possible to use the technique to elucidate the structure of a sample, as well as the atoms’ movements.

Did you know? In his Nobel Prize interview, Aaron Klug commented on his work and award: “I was interested in a curious amount then, rather than being dedicated to a particular target.” [6]

Thousands of reflections, a multitude of atoms, radiation sensitivity, and samples that don’t like to crystallize… Taking into account all the challenges that structural biology faced, it is difficult to envisage what kinds of scientific luminaries it took to get the field to today’s highly automated structure determination. To start with, James Sumner aimed to isolate an enzyme, something that was unheard of at the time. After nine years of work, his success changed the course of crystallography: not only did he obtain the enzyme in a crystalline state, but his results also suggested that enzymes are proteins. For this achievement, he shared a Nobel Prize with John Northrop in 1946. Then, Dorothy Hodgkin took this a step further and collected the first X-ray pattern of a protein in its mother liquor. Although she was awarded a Nobel Prize for her work on other substances, her protein experiment represented a breakthrough in experimental approaches to X-ray diffraction on proteins. Her contemporary Max Perutz, meanwhile, spent two decades trying to solve the structure of one sample. After his successful use of isomorphous replacement methods to solve the structure of hemoglobin, he was awarded a Nobel Prize together with his colleague John Kendrew, who had solved the structure of myoglobin.  In the same year, another trio got the Oscar of science for their work in structural biology: James Watson, Francis Crick, and Maurice Wilkins. However, their research was considerably sped up by the experiments and theoretical concepts of their colleague, Rosalind Franklin. Ten years thereafter, Christian Anfinsen received his Nobel Prize for his work on the folding of proteins.

After a short slowdown in the ’80s, structural biology embraced all technological advantages and got itself on the fast track toward solving important questions (and getting more prizes): determining the structure of a photosynthetic reaction center, understanding the enzymatic mechanism of adenosine triphosphate synthesis, revealing details in cell membranes, and getting insights into eukaryotic transcription. In 2009, another breakthrough set the bar of structural biology a notch higher: Ada Yonath, Tom Steitz, and Venki Ramakrishnan shared a Nobel Prize for their study on the structure and function of a ribosome. Then, this year, a Nobel Prize was awarded to Jennifer Doudna and Emmanuelle Charpentier for their work on CRISPR, a method that relies hugely on structural biology techniques to reveal its functions and mechanisms.

Did you know? When Max Perutz heard that he had been assigned to work in a crystallography lab, he protested that he knew nothing about crystallography. His mentor at the time replied, “Never mind, boy; you will learn it.” [5] 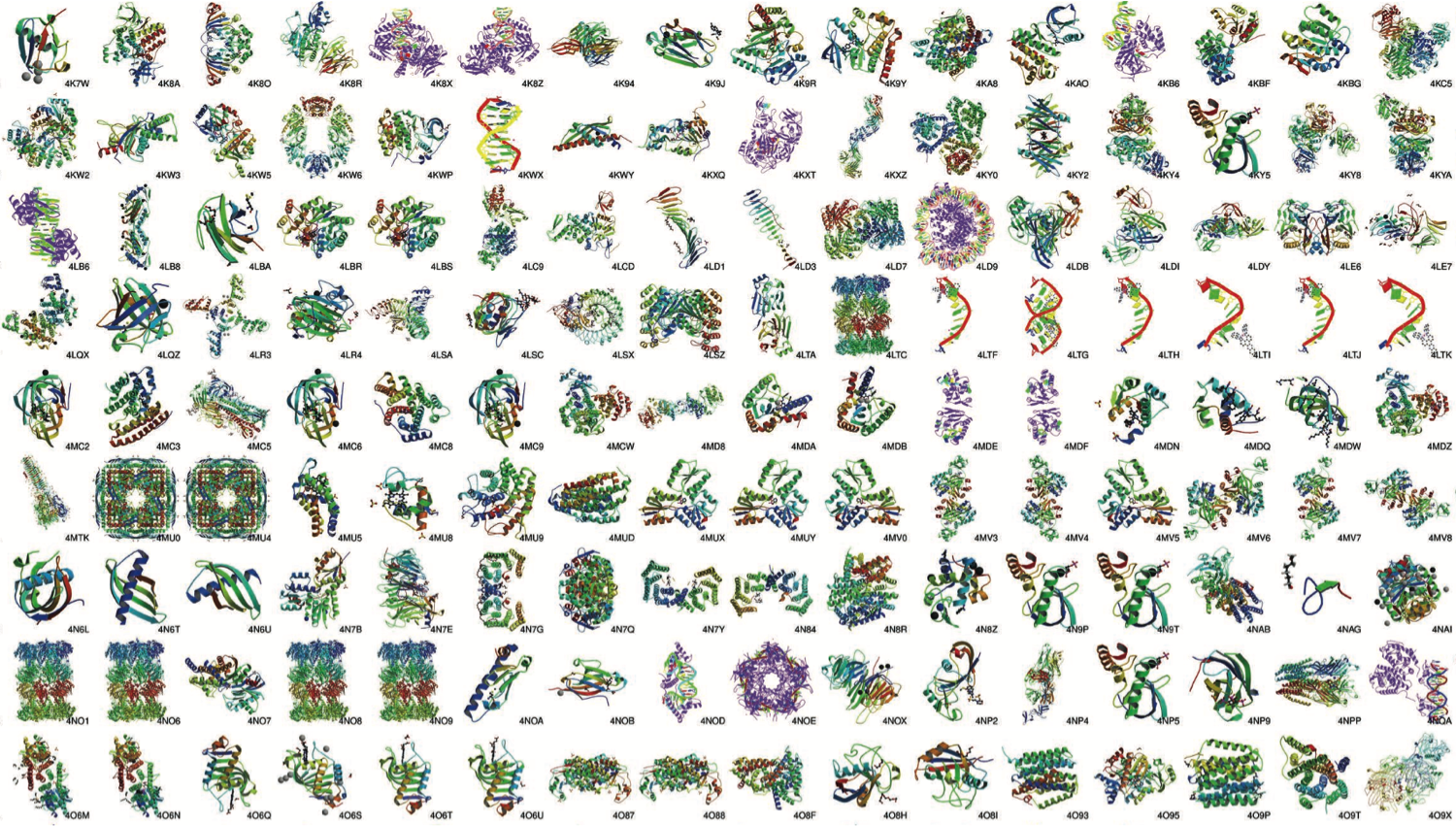 Since ist establishment in 1970s, the Protein Databank is continuously growing. Nearly half of these structures were determined from X-ray diffraction data collected at synchrotron sources, using hybrid-photon-counting detectors.

As the field of crystallography was growing, it continued to collect Nobel Prizes for understanding chemical bonds, fullerene, graphene, vitamin B12, boranes, polymers, and liquid crystals. However, its achievements did not stop there. Crystallography even questioned its own fundamental theorems! In 1982, Dan Shechtman detected X-ray patterns with a fivefold rotational symmetry, which contradicted the very foundations of crystallography. Almost thirty years thereafter, in 2011, his theory on quasicrystals was accepted in the crystallographic community and awarded a Nobel Prize.

Did you know? This year, Sir Robert Penrose was awarded a Nobel Prize in Astrophysics, but he also made a contribution to the quasicrystal field by constructing a mathematical concept called Penrose tiling.

What is next? Is there anything else to be discovered and done in this century-old field? From an experimental perspective, the future seems to be bright. Fourth-generation synchrotrons, combined with the latest X-ray detectors, enable new techniques. High-energy macromolecular crystallography is starting to produce even better data at lower radiation damage, while modern beamlines are opening up new hybrid approaches such as XRD-CT or PXRD-XAS. Laboratory applications are not lagging behind, either. X-ray diffraction techniques, including high-energy applications, are finding routine use across almost all fields, while electron diffraction and cryoEM techniques are reaching extreme data quality in materials and life sciences.

But how will other advancements affect crystallography? A recent breakthrough from DeepMind’s AlphaFold in predicting the three-dimensional structure of proteins, with no information given other than their amino acid sequence, has created lots of excitement and some discussions in the community. What do you think?