The Protein Data Bank contains more than 160,000 atomic structures of biological macromolecules. The vast majority of those were determined by X-ray crystallography (MX). Once crystals have been obtained, the major hurdle on the way to atomic structures is the damage caused by X-ray photons to biological material. This limits the amount of data that can be obtained before a sample is destroyed. Recent publications show that the use of higher energy maximizes the amount of data obtained per unit damage. It makes sense for synchrotron beamlines to upgrade to harness these energies to offer more efficient data collection.  In the future, MX at higher energies will play an important role.

Currently, most MX experiments at synchrotron beamlines are done at a photon energy of around 12 keV. This is traditionally the energy with the highest flux, and excellent silicon-based Hybrid Photon Counting (HPC) detectors exist to collect data of the highest quality. Sometimes, experiments are also done at lower energies, predominantly to maximize the anomalous signal produced by native sulfur or other light atoms or metals. The use of higher energies is much rarer.  It has been explored primarily in the context of high-pressure crystallography.

Joshua Dickerson and Elspeth Garman from the University of Oxford have now published simulations to show that the diffraction power of a crystal grows faster than the absorbed dose as the photon energy increases to about 30 keV [1]. In the past, collecting data near 30 keV would have made little sense because of poor detector properties, such as quantum efficiency and dynamic range.

The arrival of large-area HPC detectors with cadmium telluride (CdTe) sensors promises to change everything. CdTe absorbs photons much more readily than silicon.  It has a near-perfect quantum efficiency at energies up to the absorption edge of cadmium (26.7 keV). This lets the experimenter take advantage of the high-energy photons' low relative damage.  Dickerson and Garman estimate 26 keV photons are scattered 1.6 times better than 12.4 keV photons relative to radiation damage. The advantage can reach five times for crystals only a few micrometers across where most photoelectrons escape the confines of the crystal before they can cause damage (Figure 1). 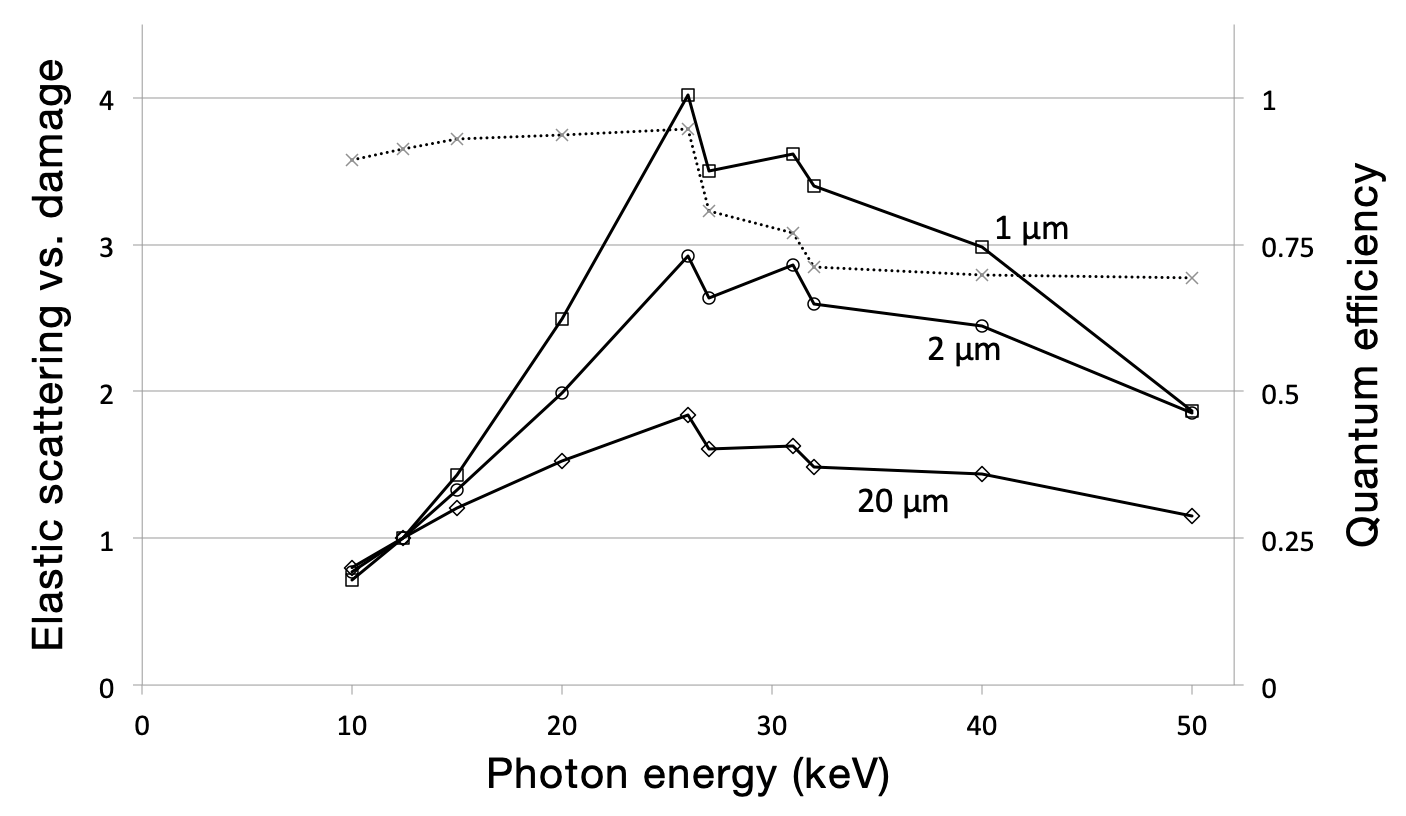 Figure 1. The best energy for MX is 26 keV. The number of elastically scattered photons increases faster than the observed damage with the photon energy increasing to around 30 keV. The effect is largest for microcrystals ≤ 2 µm across. The data are normalized for the quantum efficiency of 750 µm CdTe (dotted line, right axis). See [1] for more details.

Recent work done at Diamond Light Source (DLS) puts these theoretical points into practice. For crystals smaller than 5 µm, photoelectron escape causes a significant decrease in radiation damage and leads to an increased relative lifetime of the crystals in the X-ray beam. Selina Storm and colleagues show that crystals with a volume of less than 50 µm3 have a 50% increased lifetime in a 20 keV beam compared to a 13.5 keV beam [2]. This increase is likely to be larger when collecting data at 26.7 keV.

"Our work demonstrates that the long postulated increase in crystal lifetimes at higher X-ray energies can be exploited if a suitable detector is used. The availability of CdTe as a sensor material allows for the first time to exploit photoelectron escape on microfocus beamlines", says Storm, beamline scientist at DLS.

Being able to reduce damage is one thing, collecting high-quality data quite another. Two papers from Japanese groups show that excellent data can be collected with a PILATUS3 X CdTe detector. The data were collected with a small detector with 300,000 pixels on loan at SPring-8. This detector is more than an order of magnitude smaller than what is normally used for MX and required an adjusted experimental geometry to collect complete data without overlaps, but both groups were successful.

With a photon energy of 35.4 keV, the group of Kazuki Takeda of Kyoto University collected data on green fluorescent protein crystals to a resolution of 0.78 Å [3].  With these data, easily processed in XDS, Kiyofumi Takaba and colleagues were able to correct previously published geometric parameters for the chromophore and analyze the hydrogen bonding network around it (Figure 2). Most hydrogen atoms were visible in the structure. In addition, charge density analysis gives detailed information about the electronic structure of the chromophore and its way of interacting with the surrounding residues. "The use of high-energy X-rays was critical for this work", says Takeda. "The high dynamic range and the high quantum efficiency of the PILATUS3 X CdTe 300K detector allowed us to collect high-quality data with low X-ray dose by using high energy X-rays."

Figure 2. Hydrogen bonding based on charge desity analysis. The electron distribution around the chromophore reveals the nature of the hydrogen bonds to three amino acid residues and one water molecule. Figure taken from [3].  License: CC BY 4.0.

The group of Masaki Yamamoto at SPring-8 studies cytochrome c oxidase. These crystals contain metal centers and are thus rather susceptible to radiation damage (Figure 3). By collecting diffraction data at 30 keV and merging partial datasets from a number of crystals, Go Ueno and colleagues were able to obtain a structure with ligand bond lengths identical to those obtained from X-ray free-electron laser data, where diffraction occurs before damage can take place [4].  The dose needed to obtain the structure at the synchrotron was only 58 kGy per crystal. The authors write that "30 keV X-rays and a CdTe pixel array detector are feasible for data collection at a dose low enough to identify the intact chemical structure of the radiation-sensitive ligand of [cytochrome C oxidase]". 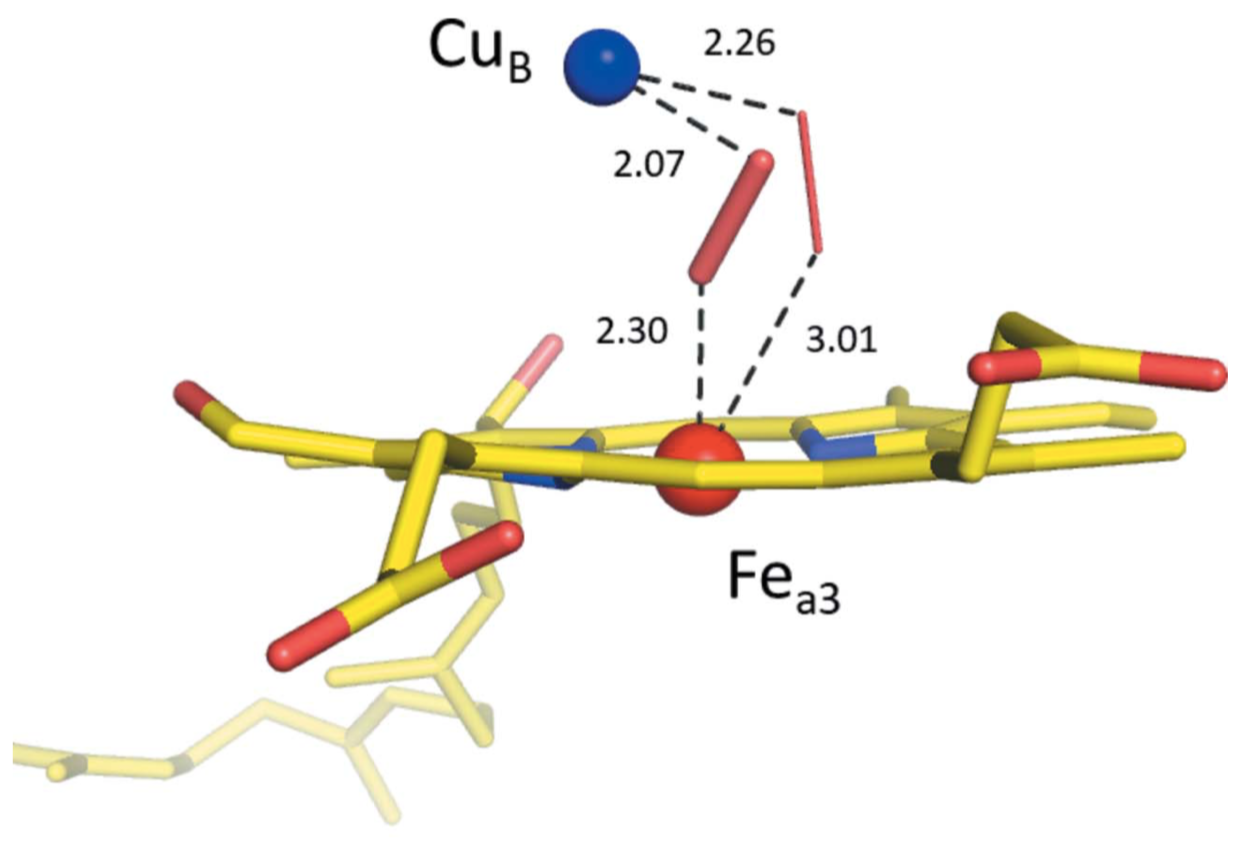 Storm has a similar vision for the future. "The collection of data to subatomic resolution will help us better understand solvent interactions in macromolecules and obtain better macromolecular models. From mid-2020 on, an EIGER2 X CdTe 9M will be available for users on beamlines I24 and VMXm, which will enable us to push the limits of microfocus MX."

Several papers published only a few months apart illuminate the virtues of high energies for MX data collection. Biological crystals, especially those only a few microns across, survive much longer in a higher-energy X-ray beam. The success of this approach strictly depends on a suitable detector, such as PILATUS3 and EIGER2 with CdTe sensors. For crystallographers, this means better data from valuable and fragile samples. The advantage will be most pronounced when doing serial crystallography with microcrystals, where substantially more high-energy photons will diffract before the crystal is destroyed. 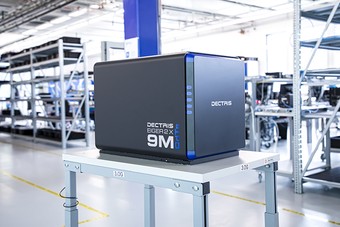 Product updates // 24.09.2021 About Cadmium-Telluride Detectors: Behind the Scenes 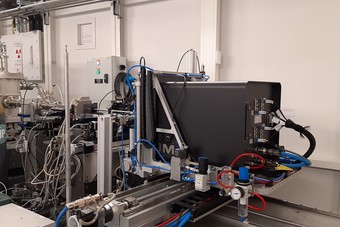