Diamonds larger than a thousand carats are rare, valuable and fascinating. It now appears it is not only their size but also their origin that makes massive diamonds extraordinary. A recent publication in Science identifies inclusions in large diamonds as metallic phases and suggests that these diamonds grew from liquid metal in Earth’s mantle (Smith et al.). The research verifies predictions that Earth has highly reducing deep mantle regions. The redox state of the convecting mantle is a key unknown in Earth’s evolutionary history.

A group of researchers around Evan Smith from the Gemological Institute of America characterized inclusions in large diamonds. They used a wide range of methods from Raman spectroscopy over scanning electron microscopy to X-ray diffraction. Co-author Fabrizio Nestola from the Department of Geosciences at the University of Padova contributed the X-ray diffraction analysis, which confirmed the prominence of iron and other metals in the inclusions. 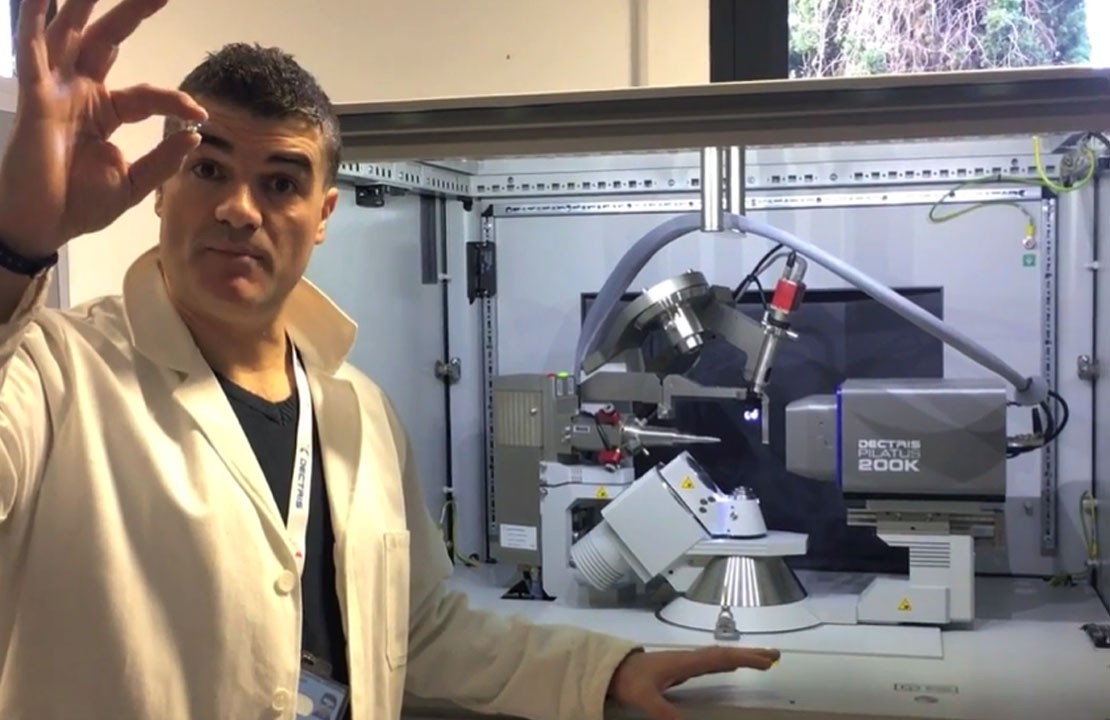 For the X-ray diffraction analysis, Nestola used a SuperNova instrument that was the first of its kind to be equipped with a PILATUS detector. The instrument was purchased when SuperNova instruments were still distributed by Agilent and only CCD detectors were offered with the instruments. However, Nestola and his colleague Ross Angel clearly saw the advantages of HPC detectors and insisted on having a PILATUS detector installed. With this detector, they obtained the results that made it onto the cover of Science. Meanwhile, Agilent’s branch for X-ray diffraction has become part of Rigaku Oxford Diffraction, a company that offers PILATUS and EIGER detectors with all its single-crystal diffractometers.