Leave Bangkok on the highway that points away from all the beaches Thailand is famous for and you'll soon get to Nakhon Ratchasima, the country's sixth city and home to Synchrotron Thailand, mainland Southeast Asia's only synchrotron. Maybe you've never heard of it. It's a small ring, just a bit more than 80 m in circumference. But it's also a slick operation, geared toward the needs of Thai scientists and increasingly bold in its ambition. 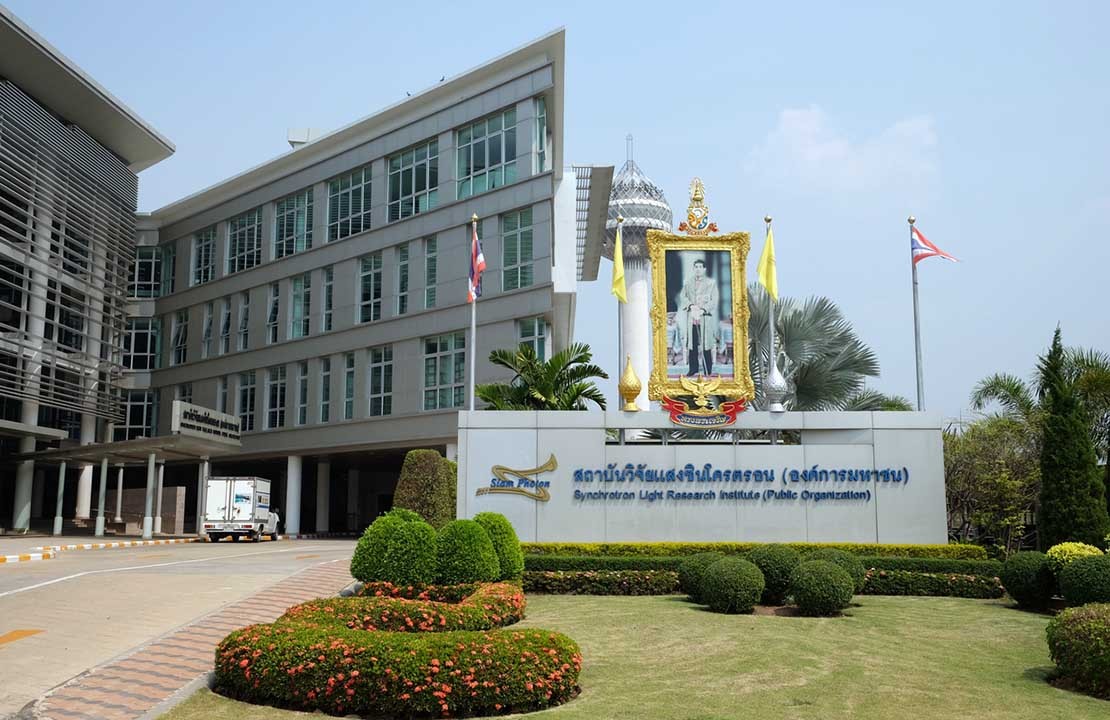 Entrance to the Synchrotron Light Research Institute (SLRI), the home of Synchrotron Thailand

Earlier this month, a MYTHEN 6K system was commissioned at beamline 1.1W, a powerful wiggler source that opened about a year ago. Until now, users have come to this beamline primarily for X-ray absorption spectroscopy (XAS) and X-ray fluorescence (XRF) experiments to study oxidation state and local structure of elements in their samples. Now the range of techniques that it supports is extended to powder X-ray diffraction (PXRD).

The MYTHEN 6K, a customer-specific solution, is a multi-modular strip detector whose six units cover an angle of 30° in 2θ. With 1280 channels per module, an angular resolution of 16.7 arcseconds (0.0046°) is achieved. This allows for the collection of high-quality diffraction patterns in short periods of time, highly beneficial to industrial PXRD applications. Chatree Saiyasombat, beamline scientist at BL 1.1W, says, "The detector will mainly be used for phase characterization. The multiple modules will reduce the collection time and cover more diffraction range for fast measurements, in particular for in-situ experiments." 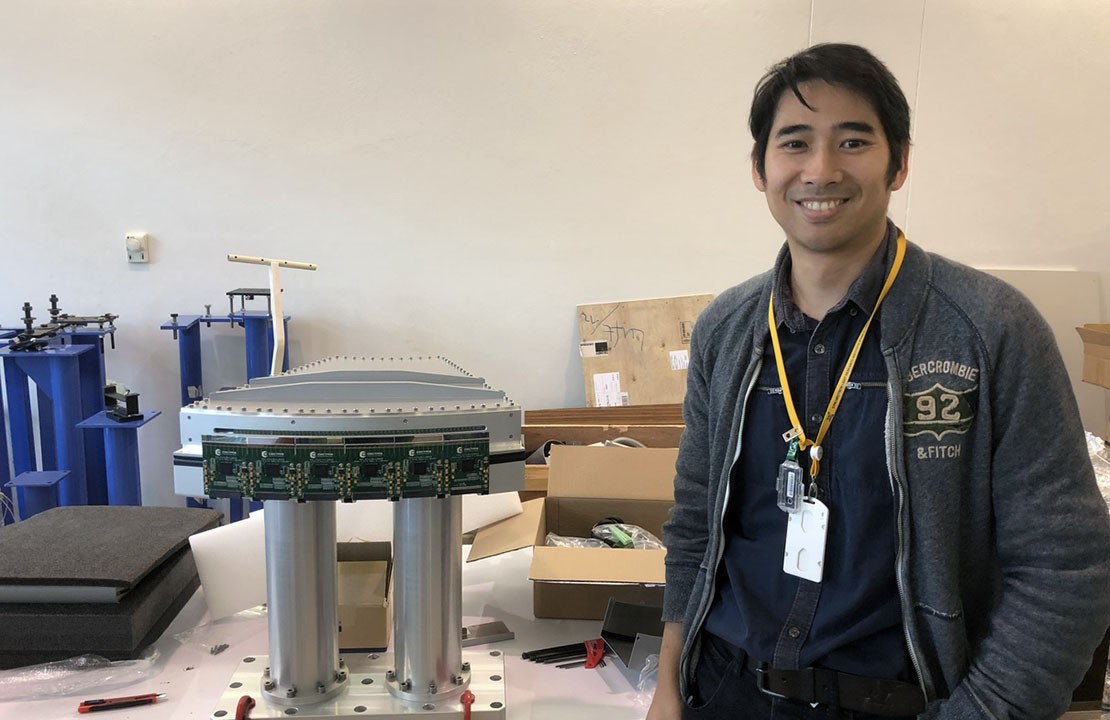 Chatree Saiyasombat, beamline scientist at BL 1.1W, in front of the MYTHEN 6K during assembly.

Commissioning of the detector was straightforward. DECTRIS product engineer Lucas Wagner mounted the individual modules in the housing designed and manufactured by Huber Diffraktionstechnik and connected them to the control server and on to an external computer. A moment later, data could be acquired with the MYTHEN web interface. By the next morning, controls software engineer Natthakrit Suwanta had written a functioning LabVIEW interface, even though he had never seen a MYTHEN before. Effective data collection was now possible. It was time for a tour of the ring.

Besides the versatile powder X-ray diffraction beamline, Synchrotron Thailand also has end stations for small-angle X-ray scattering (SAXS), emission and absorption spectroscopy, and even macromolecular crystallography. An active user base is recruited not only from Thailand but also from the region. Occasionally, users in search of low energy for XAS measurements of Mg and Al arrive from as far away as Europe and the US. Passionate beamline scientists welcome them all. They train novel users and ensure flawless operation of the equipment.

Thanks to their noise-free operation, DECTRIS detectors ensure best data even from comparatively weak sources and permit a considerable increase in the experimental scope that such facilities can cover. With its new MYTHEN 6K, Synchrotron Thailand will have a powerful powder diffraction setup for in-situ and in-operando experiments or for following the kinetics of crystallization reactions in real time. Its research community and industrial partners will benefit and enjoy increasingly frequent visits.