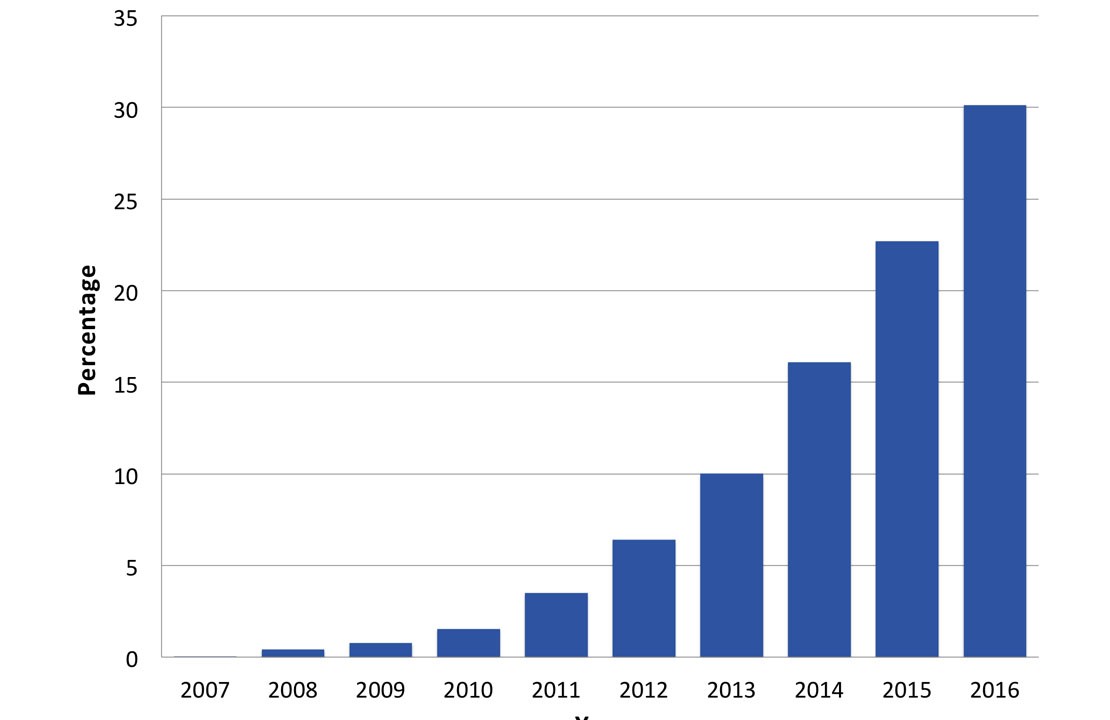 Figure 1. Percentage of X-ray structures in the PDB determined with data from DECTRIS detectors.

Structural biologists increasingly rely on DECTRIS products for their work. Last year, 30% of all released PDB entries were determined with PILATUS or EIGER data (Figure 1). You use our detectors because you will get data of the highest possible quality, which allows you to tackle the most challenging projects. High-profile publications are the deserved reward. In 2016, data from DECTRIS detectors contributed to 54% of Cell, Science and Nature papers that reported crystal structures.

In 2016, the first two fourth-generation synchrotrons [1], MAX IV in Lund, Sweden, and NSLS-II on Long Island, United States, reported first light. Many other synchrotrons prepare major upgrades that promise a dramatic change in how macromolecular crystallography is done. New detectors are an important part of all upgrade plans. EIGER has already arrived at MAX IV and NSLS-II and a number of other facilities (Table 1).

Crystallographers who have worked with EIGER (e.g. Joshua Carter of Shamrock Structures and Dan Rosenbaum of the University of Texas Medical Center) have seen improvements in the signal-to-noise ratio of high-resolution reflections. These empirical observations hold up to scientific scrutiny. A paper published by Meitian Wang's group at the Swiss Light Source shows that EIGER measures data with even higher accuracy than PILATUS. This higher quality is already reflected in the PDB. EIGER data are associated with 0.3% of the structures released last year. At the same time, four of the 139 Cell, Science and Nature papers relying on MX data reported data collection with EIGER. At nearly 3% of the total, this is a tenfold overrepresentation.

These are exciting times to be a structural biologist. Cryo-electron microscopy and tomography and electron diffraction are increasingly powerful. Techniques like small-angle X-ray scattering and nuclear magnetic resonance spectroscopy have been developed to give results of unprecedented detail. But it is X-ray crystallography that provides the highest-resolution information for the widest range of macromolecules. We are looking forward to reading how you capitalize on PILATUS and EIGER for more great structures in 2017.