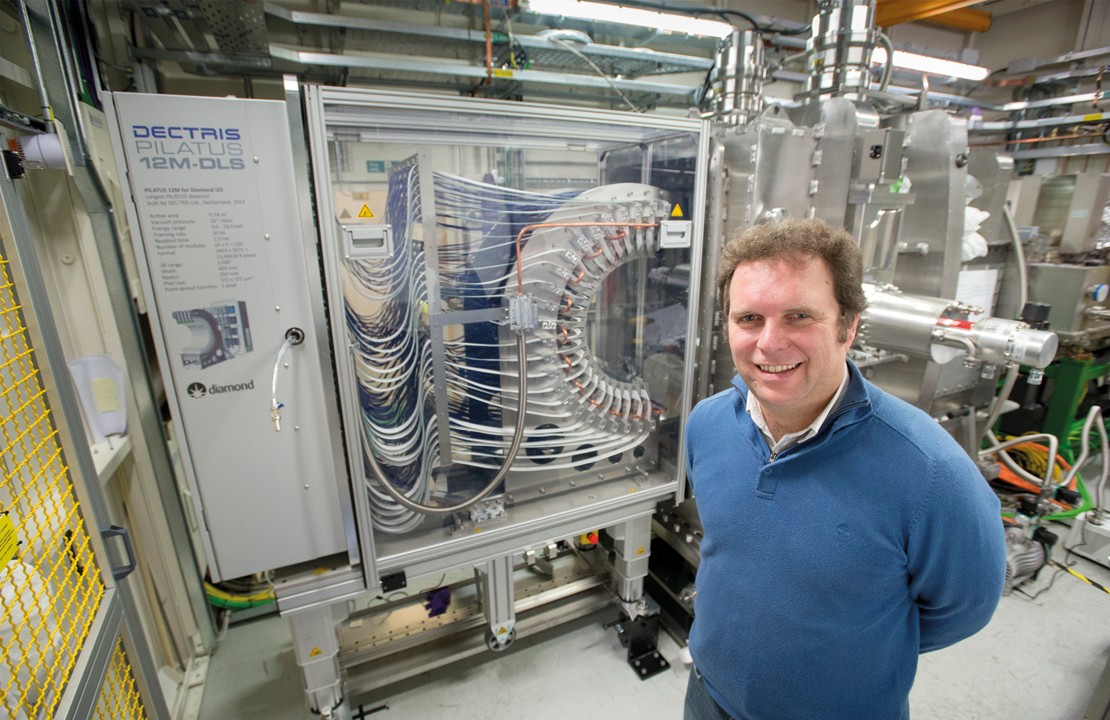 DECTRIS helps clean up our oceans. This might sound strange, coming from a Swiss company that makes X-ray detectors, but it's one way of interpreting recent research that analyzed the structure and enhanced the activity of a plastic-degrading enzyme. While many elements contributed to this success, the customer-specific PILATUS 12M-DLS detector at beamline I23 of Diamond Light Source was critical for solving the protein's structure.

Thanks to its low weight, transparency, impermeability to liquids, and relative chemical inertness, polyethylene terephthalate (PET) is one of the most abundant plastics manufactured in the world. Used mostly for making single-use bottles, its crystalline form is resistant to catalytic depolymerization and thus effective recycling. In the environment, it can persist for decades and possibly centuries.

Global PET recycling rates are well below 50%, but even in green countries like Germany, India or Switzerland, a problem remains: The recycling of PET produces inferior forms of the plastic. Recycled bottles become polyester sweaters because cloudless transparency cannot be ensured. Recycled sweaters become carpets. It's not so much recycling as a deathly downward spiral.

In 2015, a bacterium was discovered to be able to grow on PET as its major carbon and energy source. Key to its lifestyle is a secreted enzyme that catalyzes the depolyermization of PET. Called PETase, this enzyme cleaves PET to an intermediate product that a second secreted enzyme can further convert into the substrates of PET synthesis, terephthalic acid and ethylene glycol. If this biodegradation pathway could be applied industrially, efficient PET recycling might be possible. This would help reduce pollution by PET and squandering of oil to make more PET. 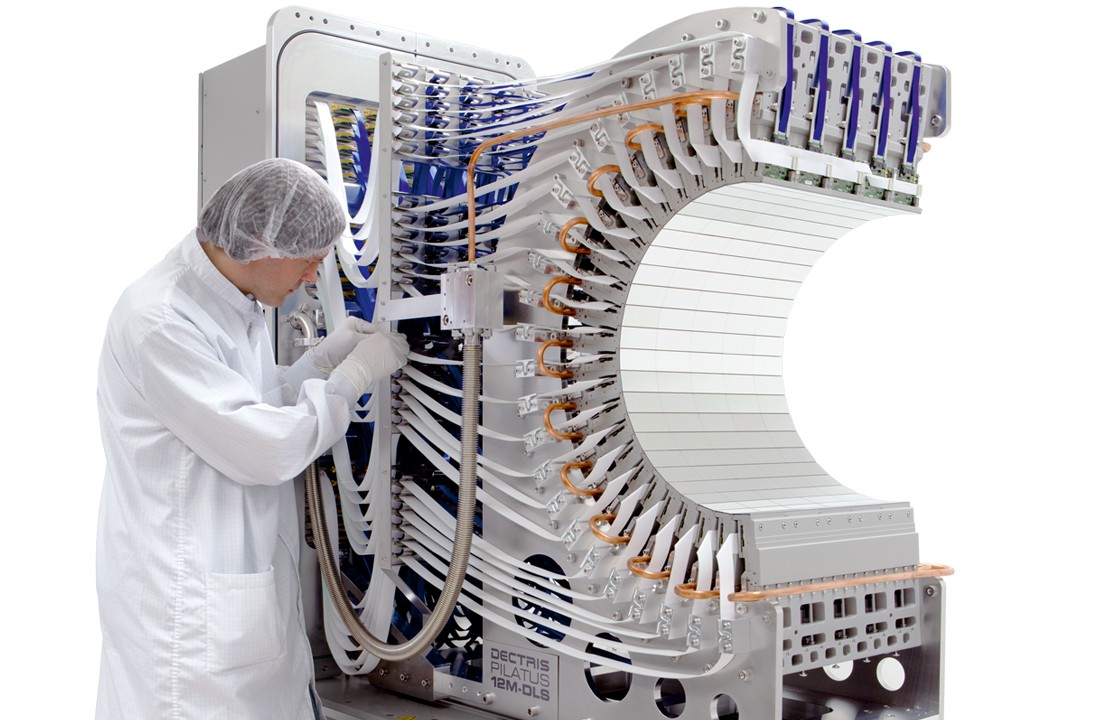 PILATUS 12M-DLS custom-built for beamline I23 at Diamond Light Source.

The structure of PETase was solved by native SAD, a technique that exploits minute differences in the intensities of related reflections. Beamline I23 of Diamond Light Source was built specifically for this application. With its custom-designed PILATUS 12M-DLS detector that operates in vacuum, the beamline guarantees the most accurate data possible. "Look at the diffraction images," says Armin Wagner, Principal beamline scientist at I23, "there's almost no background. The data quality is outstanding."

Data were eventually collected to a resolution of better than 1 Å. At this level of detail, rare in structural biology, distances between individual atoms can be measured extremely accurately, and the chemistry at the heart of substrate binding and catalysis can be inferred with confidence. The detailed view of the active site of the enzyme provided researchers led by John McGeehan (University of Portsmouth) and including partners in the UK, the US and Brazil with a strong hypothesis of how PET hydrolysis proceeds. With this information, one can make targeted functional changes. This is what the researchers did next. Two subtle alterations in the active site resulted in an enzyme with a substantially increased PET-degrading activity.

Plastic waste is one of the grave ecological problems of our time. PET bottles seem innocent enough, but pulverized by mechanical stress and sunlight, they can enter the food chain – with incalculable consequences for human health. The answer to this challenge lies in biotechnology. Harnessed industrially, the breaking down of PET into its components might reshape the current spiral of waste into a perpetual loop of recycling.