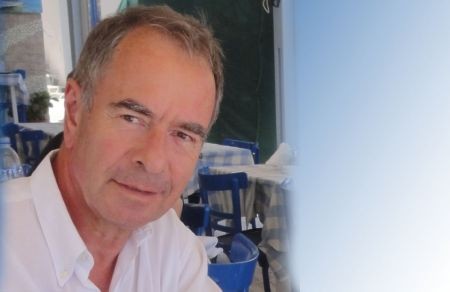 The last Nobel laureate in physics who didn’t share the prize was Georges Charpak from France. He won in 1992 for the invention and development of the multi-wire proportional counter, a revolutionary particle detector. This technology dominated particle physics for several decades and was used successfully for X-ray crystallography, amongst other applications. In 2016, the French and Swiss Physical Societies created an annual award in the name of Charpak and Swiss physicist Walther Ritz to distinguish exceptional contributions in physics.

This year's Charpak-Ritz Prize was awarded to Professor Roland Horisberger for his pioneering work on two-dimensional solid-state detectors done at the Paul Scherrer Institute (PSI). His detectors were used in many high-energy physics experiments in Switzerland and abroad, such as the ARGUS and H1 experiments at the German Electron Synchrotron (DESY) in Hamburg. From 1996 to 2008 he and his team developed the pixel detector for the Compact Muon Solenoid (CMS) experiment at CERN. The detector collects traces of particles created during collisions of protons in the Large Hadron Collider (LHC). It achieves a spatial resolution of 50 µm and a temporal resolution of 25 ns.

Development of the PILATUS detector

The pixel detector was key to discovering the Higgs Boson, a subatomic particle whose existence had been predicted 50 years earlier. The same groundbreaking technology was used to develop X-ray detectors for the Swiss Light Source (SLS) at PSI. For their development of the PILATUS detector, Horisberger, Christian Brönnimann and Eric Eikenberry were awarded the Innovation Award on Synchrotron Radiation in 2007.

DECTRIS was spun out of PSI at about the same time. Brönnimann, now CEO of DECTRIS, says, "Roland Horisberger is a pioneer and a great scientist. With his tremendous know-how, he advanced the development of semiconductor pixel detectors at PSI. His innovative technology leaves indelible traces not just in particle physics but also in unrelated fields, such as pharmaceutical research. We are delighted that he continues to contribute to our success as a scientific advisor. We are very proud that Roland won this prize and express our warmest congratulations."

Horisberger's developments will lead to improved methods of medical diagnosis. With this, he follows in the footsteps of Charpak. If anything, the impact of pixel detectors on society will be even bigger.